While in Rabat, I met a young Senegalese teen that was selling hand made wooden items on the street near the medina. Having bought a small mask the day before from him, I came back to see if there was another item that I would be interested in buying.

I talked with this young man for nearly 30 minutes and learned alot about how he came to be in Mocorro. He said that he was from Senegal, and that he was in Morocco with his brother. Not only had they come to Morocco alone, but they came without much money. Their original plan was to try to go to Europe via Spain, but that it was hard to do so, especially without money.

The following day, I went to go see him again, having emailed him the night before. He said that he and his brother had a serious talk that night and decided that it would be best to go back to Senegal for the time being, and to try to come back to Morocco some time in the future once they secured more money.
Posted by Babak at 11:25 PM No comments:

I am back in Rabat for the second half of Arabic lessons. I had the opportunity to visit  an artist's row next the park which had a rap concert going on.  In speaking with the artists, they informed me that this area was designed only for visual artists. This give artists an opportunity to showcase, sell their paintings and interact with the community. What amazed me was the quality of artwork. As an art teacher, I was also surprised that the paintings had real faces. In the art history books, they will say, Islamic art does not have people in it. I saw realistic to folk art portraits of people. In speaking with the artists, they brought to my attention that painting faces of people had nothing to do with religion. They didn't feel that they were doing anything wrong that would denounce their faith. Most of these artists had no formal training. Their love of art is what inspired them.
Posted by Indira Bailey at 12:21 PM No comments:

Tourism is an important source of income and employment in Morocco, but it comes with a number of challenges. For example:

Posted by Rebecca Timson at 11:15 AM No comments:

In Safi, we saw a giant phosphate industrial facility beside the sea. It wasn't lovely, but it interested me because my students have been monitoring phosphate levels since 2003 for the King County Small Lakes Program in Washington state. Agricultural use in fertilizers is the main source of phosphate water pollution, but phosphates are also used in a long list of other products including some pesticides and detergents, lithium ion batteries, food additives (e.g. in Coca Cola), and certain kinds of bombs. It's called pollution because phosphates nourish blooms of cyanobacteria, which can make a body of water unfit for other life. Some blooms even produce neurotoxins, which can kill livestock (or people, if they drink the water). I've had the opportunity to work with Moroccan teachers and students this summer on water quality monitoring projects in both urban and rural areas (in Rabat, and south of Asilah), and we found cyanobacteria blooms in coastal coves, livestock ponds, and wells. The warm summer months encourage the most extensive blooms.

My students share and compare the results of their water quality research with partner schools in several countries, and they follow up with remediation and educational outreach work. They prepare brochures and teach workshops, especially focusing on alternatives to using phosphate fertilizers and best practices if you do use those products. But Moroccan students are much more aware of the challenges when it comes to limiting phosphate use in agriculture.

Morocco is the world leader in phosphate production, with more than half of the world's known reserves. The national industrial group known as OCP (see www.ocpgroup.ma) controls thirty percent of global phosphate exports. And it's not just the money that matters. Historically, colonial control of the phosphate industry was a big issue in the independence movement and in the war over the Western Sahara. At the time of independence, many European "analysts" warned that Moroccans couldn't manage the phosphate industry for themselves, and there is earned pride in proving these predictions wrong. (For more on the role of phosphates in Moroccan history, see Morocco: From Empire to Independence, by C. R. Pennell, pp. 138, 148-49, 153, 157, 163, 170-73, 179.)

But phosphate fertilizers are expensive, and the price is going up. This is good for the Moroccan GNP, but not so good for small Moroccan farmers who must compete with capital-intensive agriculture. The government, through OCP and through various ministries, has put into place some support systems for small farmers--and one form of support is reduced-cost access to phosphate fertilizers. Meanwhile, especially during the recent drought years, many associations have reported livestock deaths due to cyanobacteria blooms.

The price is going up because experts say that world reserves will only last for a few more decades. You've heard of "Peak Oil", and the conflicts (actual and expected) around growing competition for a declining resource. James Elser, Arizona State University professor, speaks in terms of "Peak Phosphorus", and he says we're there. The difference is that a number of countries are big oil producers, but Morocco dominates the world phosphates market. This means money in the short term, but it points to the need for diversification of the economy.

It also begs a question about national security, since Morocco has something that other countries want. It's such a big deal that the United States Department of Energy has appointed a specialist, in its Office of Intelligence and Counterintelligence, to address the phosphate supply issue. She says that she is not at liberty to discuss her work, due to "geopolitical sensitivities". (See www.businessweek.com/magazine/content/10_46/b4203080895976.htm, "Phosphate:
Morocco's White Gold".)

Because of the expected shortage, some scientists are experimenting with ways to isolate phosphates from human urine. What goes around comes around: Phosphorus was originally discovered by an 18th century alchemist searching for the Philosopher's Stone. Dr. Elser recounts that he pursued this goal "by collecting urine from beer-drinking German soldiers and then heating it up and evaporating it away until he got only the phosphorus left". The rock-like substance glowed in the dark.

Phosphates are essential for life as we know it. Without phosphates, there wouldn't be any DNA, RNA or ATP molecules. But we're releasing it into the biosphere now at a rate that's four times what Dr. Elser thinks is manageable in terms of its impact on water resources. It took hundreds of millions of years to produce the phosphate reserves in Morocco, which formed in sedimentary rock under an ancient sea. Remember the marine fossils we saw in the desert workshop? Some of them were fragments of stromatolites, defined by NASA as "laminated organo-sedimentary structures formed by the trapping and binding and/or precipitation of minerals by micro-organisms". Most important of those micro-organisms? Cyanobacteria. And it's not surprising that an organism which is nourished by phosphates would also be associated with its release. Indeed, there's a relationship (not yet well understood) between stromatolite-building organisms and phosphate mineralization. (See Stromatolites, by M. R. Walter.)

But there isn't any more stromatolite formation going on in Morocco, and there isn't an endless supply of phosphates. Phosphate use comes with environmental risks, though phosphate fertilizer has short-term benefits for farmers who can afford it. And the phosphate industry is an intelligence matter in countries that want more of it.

With a Moroccan partner teacher, it'll be interesting to develop a cross-curricular unit about phosphates. The story ties together learning goals in biology, chemistry, geography, history and current events.
Posted by Rebecca Timson at 1:48 AM No comments:

In my classroom, I use cultural stories about water to establish the importance of learning about water issues. I've developed integrated science/social studies units on water for different parts of the world, most recently the Tigris-Euphrates region in greater Mesopotamia (including parts of Iraq, Turkey, Syria, Jordan and Iran) and the Yellow River watershed in China. I want to do the same for Morocco, so I'm collecting water stories. For example:

I will write another blog about stromatolites and the connection with the Moroccan phosphate industry.
Posted by Rebecca Timson at 3:27 PM No comments:

I enjoy walking through the city of , and I have had some long distance walks. However, because of time restraints, many times it was necessary just to use a tram. I have had interesting incidents occur either right before I was about to use the tram, or when I was on the tram. Below are just a few of those incidents. 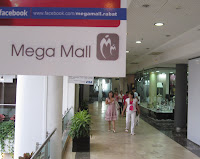 Posted by goronny at 1:34 AM No comments: